This is the thirteenth entry of the [2019 with DOS games] column, a mini-compendium of the mandatory MS-DOS games ever released. For a big part of my life I’ve been a PC games player and I had tons of old games to play with back in the 90s. This is my homage to them.

The rules are simple. MS-DOS has been created in 1981 and was still available in computer until the early Noughties. However the release of Windows 95 acted as a break and everything before immediately becaome. So I can fairly tell that the DOS era goes from 1981 until 1985. [2019 with DOS games] will feature every two weeks a selection of three games, one for every five-year period (1981-1985, 1986-1990 and 1991-1995) in alphabetilac order that I consider either important, ground-breaking or simply fun and easy to play. I’ll try to consider only DOS-exclusive games or in case games spread on different platforms that have the PC version as a flagship. No claim of completeness, I’m not a human encyclopedia (unfortunately…). Let’s go with letter M. 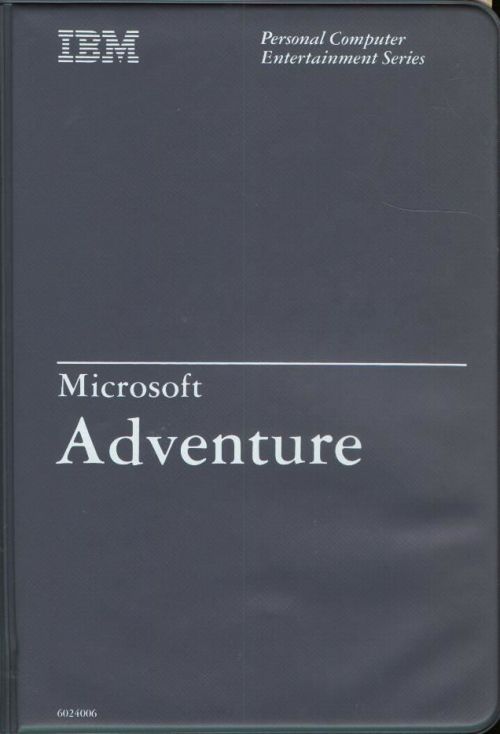 When we talk about the archaelogy of video games for computer, Colossal Cave Adventure a.k.a. Adventure is a game that frequently pops up. The game, the first big atext adventure was written on a PDP-10 mainframe and immediately became a great success (at least for the period). That’s the reason why Microsoft, a small company founded only 4 years before, decided to port  the game on the main computers of the era, like TRS-80 and Apple II and later on IBM PCs. 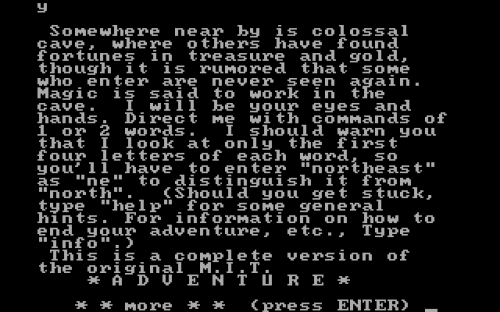 If Infocom has been one of the main protagonist of the interactive fiction era, Microsoft with its port of Adventure has surely been the company that made the genre known to gamers. No text adventure could have existed without Adventure (the name of the game itself act as a paradigm), no dungeon settings, no monsters, no nameless heroes. Even though is a game that is clearly out of date now and without graphics is always good to see where it all began. 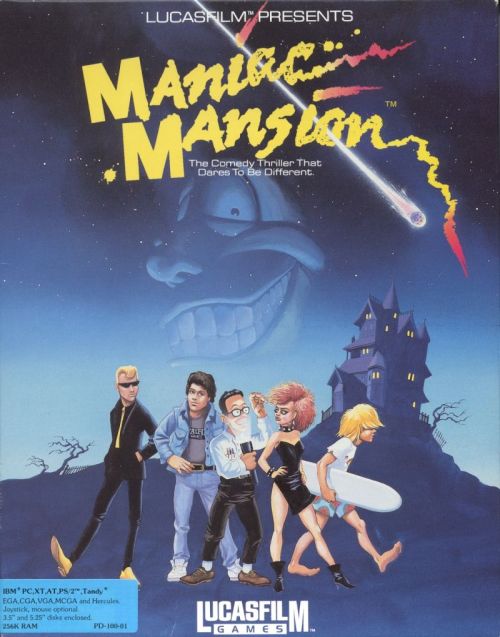 Where it all began. Even though the first graphic adventure made by LucasArts was Labyrinth in 1986, Maniac Mansion is widely recognized as one of the forefathers of the point-and-click subgenre with the introduction od the SCUMM engine. Simplifying the old text base adventure and adding colourful graphics and a good dose of humour, LucasArts paved the way for their success and for what will become one of the main genres of the early 90s. Maniac Mansion winks at a long tradition of B-movies with all their clichés: the mad scientist, the abandone mansion, a disturbing family and so on.

The game is a manifesto of LucasArts “poetry”: there’s humour, there are useless items (chainsaw anyone???), grotesque protagonists and a huge dose of fun. The game did extremely well and it was universally praised by the critics with reviews well over 80%. In 1992 LucasArts released a sequel, Day of the Tentacle, to another immense success. 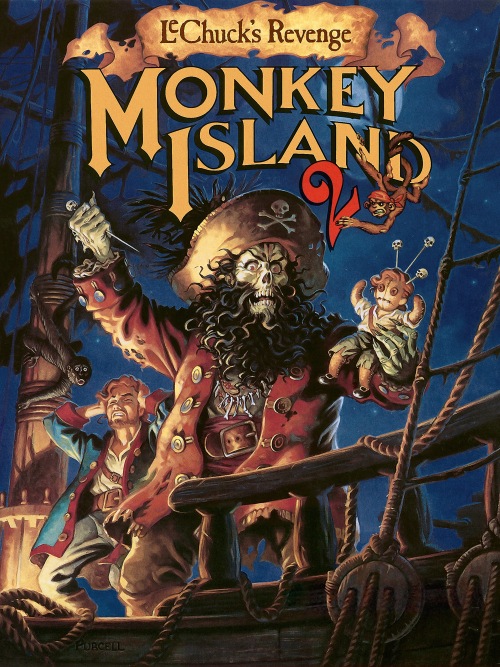 Anoter LucasArts game, another gem. If Maniac Mansion has been a forefather of the genre, Monkey Island 2 has surely been one of its highest peaks. This is one of the “classic” of LucasArts with colourful visuals and gameplay as seen in other similar games like Indiana Jones and the Fate of Atlantis or Sam & Max Hit the Road. The second adventure of Guybrush Threepwood (and the best one in my opinion) sees our protagonist looking for the treasure of Big Whoop after he defeated pirate LeChuck in the first game. 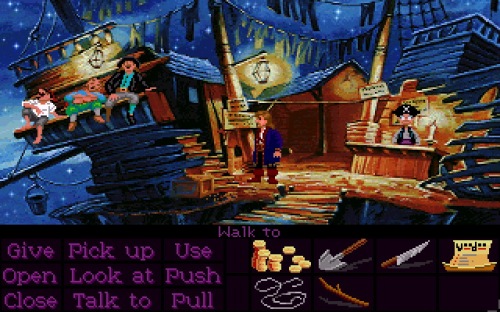 It’s incredible how the game was a commercial failure despite being (of course) a critical success with roughly 25000 copies sold. But after this failure LucasArts didn’t give up; they rolled up thier sleeves and released Full Throttle, their first adventure to sell a million copies.

As always here are some honorable mentions:

Among the “M” games the ones I’ve played the most are the “newest”, let’s say the one released in the 90s. However there at least another great game that deserved to be in the list and it’s Might and Magic Book One: The Secret of the Inner Sanctum, the first game of the Might and Magic series and therefore the father of Heroes of Might and Magic III.

A game I had on my Dutch Flyer and that I played when I was young in alternation with EF2000, Falcom 3 and MS Flight Simulator 5.0 is MiG-29 Fulcrum, another combat simulator (to be fair not so different from the others) I’ve enjoyed during my brief flight simulators period.

Way more hours I’ve a spent on Merchant Prince. I loved back then and I still love what are now called 4X games. This was actually one of the games that introduced me to the genre and that led me to play titles like Machiavelli the Prince, Imperialism, 1869, the immortal Ports of Call The Patrician and Ocean Trader.

Due to my passion for isometric gamers Mystic Towers is a game I couldn’t miss. This is the sequel of Baron Baldric and I’ve found it in one of those compilation you used to find in the mags with games that back then were just old and ugly but that today are vintage and beautiful again. Magic Carpet instead is a game I really wanted to play but my humble 386 wasn’t powerful enough to run this ambitious title and I had to wait until my adulthood to experience it without memory issues and without lag. Plus now I have a big box version of the game 🙂

Previous entries in this column: