The last weeks, nay the last months have been quite stingy on the collecting side. It looked like everybody were waiting for spring to put something on sale and online there were almost no good games to buy.

Then FINALLY one of my favourite sellers listed more than 4000 games and, even though I didn’t care about a part of them, a big chunk of games were right up my alley and I decided it was the time to buy something again. 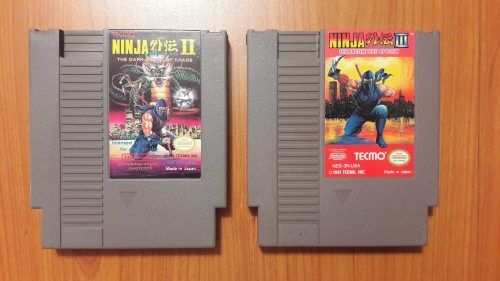 Let’s start from the oldest games. When I saw a copy of Ninja Gaiden III on auction I couldn’t believe to my eyes, even because it was a 1€ auction. I usually see this game sold for 70-80€ (if I’m lucky) but the price can be even higher. The shipping cost set me back a bit so I couldn’t raise the price too much but after 5 days waiting I’ve been able to buy the game. Ninja Gaiden III represents the most expensive game I’ve ever bought since I finally spent 60€ but I think it was worth the price, maybe not just for the value of the game itself but because I was looking forward to complete the Ninja Gaiden trilogy.

A few days later I’ve bought also Ninja Gaiden II from a danish seller who listed it for like 20€ and it looked a rather fair price to me. Now, for a strange twist of fate, the only game I need is the first, since the one I have is the PAL version, Shadow Warriors.

I’m super happy about these two purchases and even though they did cost me 80€ together I don’t feel “guilty” like I do when I spend too much money on games, first because March has been a dead month and I’ve amassed a bit of pocket money and second because I’ve spent money on something I really wanted and that cost less than I expected.

Topping the success of the first Ninja Gaiden was hard and in fact I’ve heard bad opinions especially on Ninja Gaiden III for being too hard and unforgiving but I really look forward to try it and see if it’s really so bad. 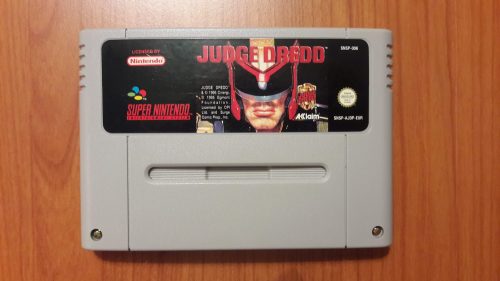 I leave behind the 8-bit territory to jump into the 16-bit one with a game for the SNES, Judge Dredd. You’ve probably seen it in the first entry of the [Game of the Week] column a few weeks ago. This is a game that for some reason I wanted to buy since the beginning of my collecting adventure and I can’t really tell why since I’m not even a huge fan of the movie, even though I do like the gameplay. The important thing for me is that I’ve secured a copy for 10€ more or less, one of the cheapest I’ve seen online so far. 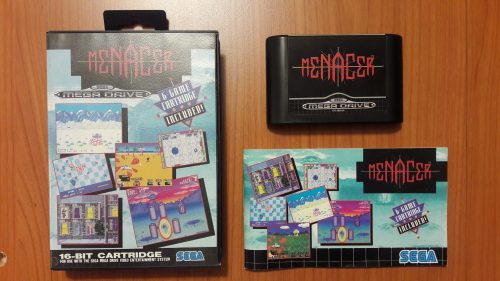 Always in the 16-bit territory, another game I’ve bought is Menacer for the Mega Drive. Too bad I don’t have the light gun now, so at the moment the game will stay there on the shelf waiting to be played. 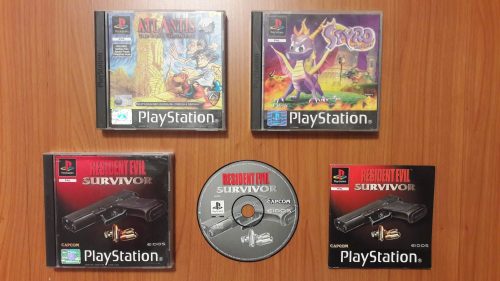 Now it’s the PS1 turn. Despite the PS1 is relatively recent, the games for it usually demands high prices online and that’s the reason why my PS1 collection is so thin. However this month I’ve been able to get three games I was really looking for, for different reasons.

The first one is Resident Evil Survivor and I wanted it for a lot of good reasons. First thing first it’s a Resident Evil game and giving the fact that I’m trying to build a complete RE collection I couldn’t miss one of the first games released; second because this game slipped through my fingers so many times that even this time I feared I would have lost it; third because I missed this game to complete the “canonical” PS1 collection. Now I only miss RE1 director’s cut and the not-so-hard to find but damn expensive Resident Evil 1.5.

The second game I’ve bought, backed by my gf, is Spyro. I confess that, even when it came out, I’ve never been very impressed. It was a time when 3D games were still at the beginning and I preferred a solid 2D adventure instead of a “futuristic” but still chunky 3D game (and that’s the reason why I’ve never really loved Mario 64. Ok you can kill me now) and for me, even now the real platformer is mandatorily 2D. I’ve always considered Spyro one of the few “girls game” of the era because of all the girls I knew back then, the few of them who played video games played Spyro (or Crash Bandicoot). On the other hand I knew that sooner or later I had to buy this game so I took the opportunity and bought it for less than 20€.

Another game I was “gently” invited to buy is Atlantis for the PS1. Unfortunately the one I’ve bought is not the right one but my gf accepted it anyway. If I can find the right one it will be a good present for her, since she used to play it when she was young and she’s never been able to complete it. 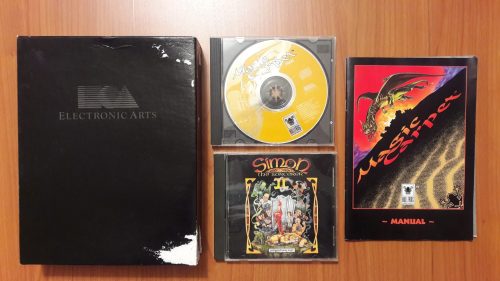 I also found two computer games, although not in their original big boxes. The first is Simon the Sorcerer II, second installment of Simon saga, with slightly improved graphics and the same point and click soul. Then I got Magic Carpet that I remember was a very demanding game back then (and in fact my humble PC wasn’t able to handle it) and I managed to play it only after some years when my hardware was finally capable to run bigger games. Although is credited as and FPS it was completely different from anything else at the time and its 3D engine was nothing short than revolutionary and it’s a shame it was a complete insuccess. 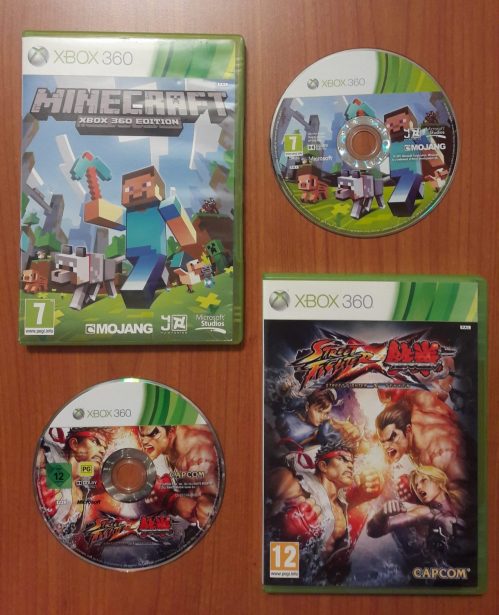 The last games belong to two “rival” consoles: PS3 and Xbox 360. You know I prefer Microsoft hardware and the two games I bought could be a revelation for me. Minecraft doesn’t need no introduction. It was one of the best selling games of all time and its open environment and freedom led the players around the world to mod in in a way I couldn’t even conceive. The game is huge and I don’t know if I will ever have the strenght to play it seriously but it’s one of the things I’d like to do sooner or later. The second game will be a great pastime for me and my gf because after our sessions of Tekken 3 on the PS1 and Dead or Alive 3 on the Xbox we want to try something different, so Street Fighter X Tekken should be exactly what we need. She’s almost never played Street Fighter while I’ve played Tekken 3 when I was more “adult” so probably our fight of choice will be me picking Blanka and her picking Eddy Gordo. Funny to see that they’re both brazilians 🙂 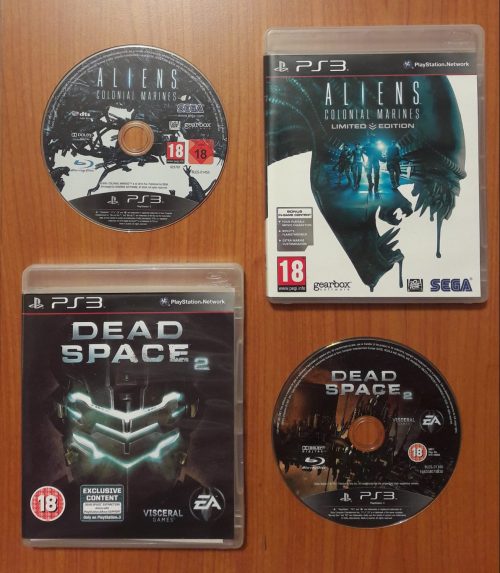 The two PS3 games are two last minute addiction for a console that I still don’t know very well. Both of them have a “survival” atmosphere and a sort of horror/thriller setting and they both are sci-fi adventures with a cosmic background. The Aliens title is one of the big family of games inspired by the movie, while Dead Space is a game I’ve always looked at with curiosity, even though I still haven’t played it.

Luckily for me there will be more games to talk about in the future since I’ve already eyed some good stuff for my collection so stay tuned!