When last month I’ve told you I had one of the most lucky and abundant months since I’ve begun collecting games I didn’t know even September would have been full of surprises, great games and consoles. 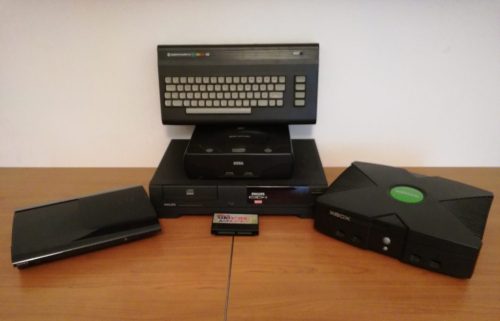 So let’s start from the consoles. In September I’ve got the biggest haul of system I’ve ever had. If you’ve read one of my old posts, you’ll know that I’ve visited a big market at the beginning of the month and I’ve bought three great systems I was missing for a very small price: first a Commodore 16 in all of its black glory, then a Saturn (alwasy in its black glory and with Ultimate Mortal Kombat 3 included) and a Philips CD-i. The consoles were in a good cosmetic shape but they were missing some cables. After a few researches I’ve found them and to my surprise they were all working, except a small video issue in the Saturn I hope I can easily fix.

The week after I got a great surprise in the form of a shiny almost brand new PS3 perfectly working with all of the original cables and original controller plus two games. That was a very much appreciated gift because it came just before the restoration of my living room in order to reorganize my collection.

Lastly I’ve bought on eBay two original Xbox with all original cables and controllers and three games. One of the Xbox is faulty (the seller has been honest and he wrote it down in the item description) and, considering that the one I own has a problem to the laser I hoped to get at least one working out of two and use the other for pieces. Well, mission completed, now I have a completely dead Xbox but a working one I can sell and get some extra money for my gaming pleasures :). 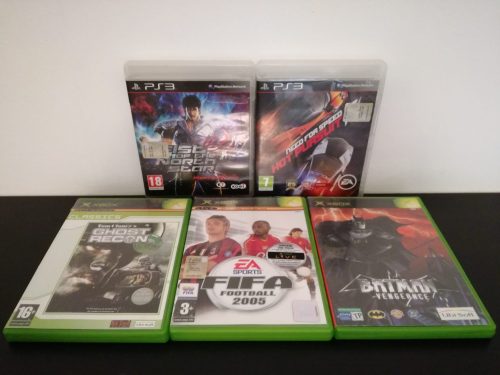 Games chapter: With the last two consoles I’ve bought/received I got three fillers (Tom Clancy’s Ghost Recon, FIFA 2005 and Batman Vengeance for the Xbox)  and two great games for PS3, Need for Speed Hot Pursuit and above all Fist of the North Star: Ken’s Rage. I’m a great fan of FOTNS and I’ve watched all of the episodes a trillion times so this game suits my tastes perfectly. 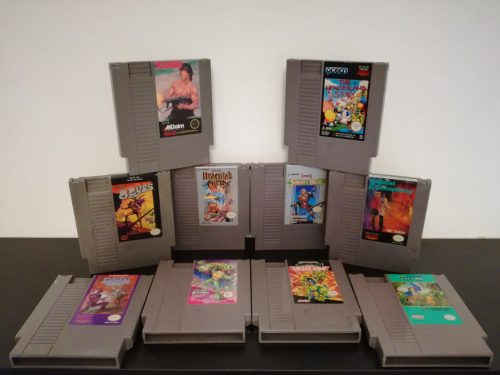 As every month, even this time I’ve bought some NES games, sometimes even good quality or sought after games. I got Battletoads at the market in early September, then from an english seller 8 Eyes, I was trying to get my hands onto since months, two of the three Castlevania, Rambo, Turtles: the Arcade Game and Street Fighter 2010, a rather strange game, featured in one of the AVGN episodes which is a mix of different games with ther “street fighter” label, even though it has nothing to share with the franchise. The three remaining games are the almost-filler The Mafat Conspiracy and two good games, Adventure Island II and The New Zealand Story. 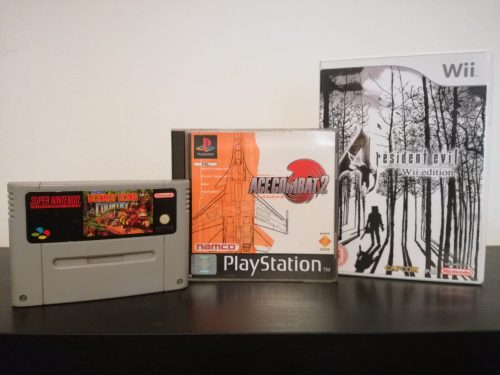 Then I got a lot of other games for almost all of the consoles I own: the great Donkey Kong Country for SNES, Resident Evil 4 for Wii, that goes to enlarge my RE collection, Ace Combat 2 for the PS1 and then four games for the PS2: Lego Star Wars II, Dragon Ball Z: Infinite Worlds (an appreciated donation of a friend) and Activision Anthology, a game that I HAD to buy when I saw it listed online. 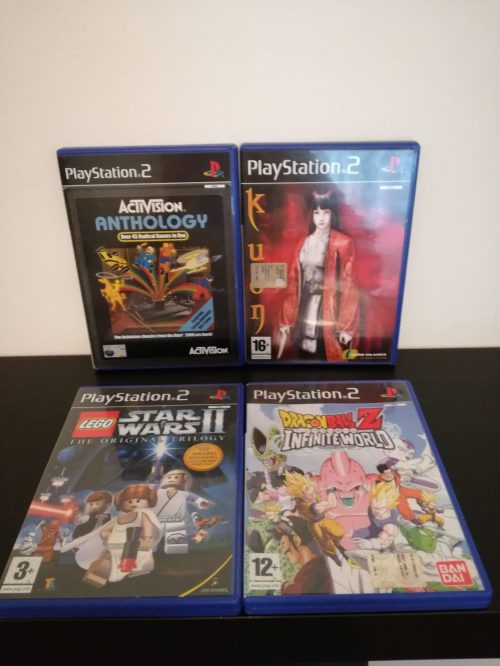 The fourth game is an absolute deal. I went in Verona to say hello to a guy who runs a retro game shop and in the bunch of games on sale there was a pretty decent copy of Kuon, a game I’m trying to find everywhere without paying 100€ or more: I was completely blown away prom the price tag of only 40€ so even if I had already spent a fortune in games this month I couldn’t leave that game sit on its shelf. 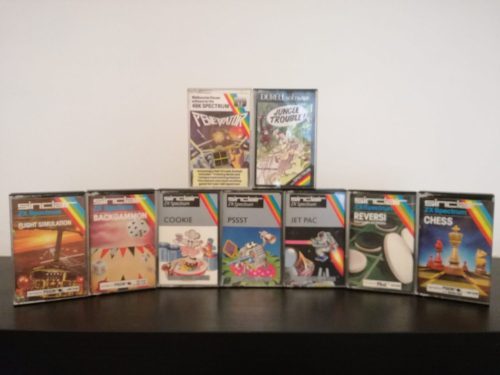 I also had the possibility to buy some games for the Speccy: 9 entry-level games that can provide great fun, especially two games from Ultimate Play the Game, Jet Pac and the first game I’ve ever played, Pssst. 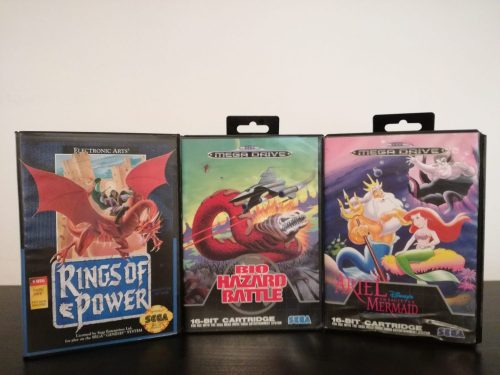 The last games of the bunch are for the Mega Drive and they’re two rather good and not so cheap (at lerast for my standards) games plus an absolute filler: Rings of Power, Bio Hazard Battle and Ariel the Little Mermaid, which is the gift I was talking about before.