What comes to mind if I say Automated Simulations? Probably nothing, huh? Well, and if I say Epyx?

Probably now most of you start to understand the company we’re talking about. Epyx, originally known as Automated Simulations was one of the oldest companies ever and was formed in 1978, 40 yeasr ago, founded by Jim Connelley and Jon Freeman. At first Epyx was only the name reserved for action games but in 1983 it became the official name of the company.

The first game, released after two months, in December ’78 was Starfleet Orion, credited as one of the first space-themed wargames for PC and, since it was written in BASIC, was quite easy to port on different systems, like Apple II and TRS-80. After 1979 sequel Invasion Orion, Epyx got its first big success with Temple of Apshai which sold the then-astonishing number of 20000 copies. The game was widely considered the best game available on computer and helped Epyx to establish its predominance in the game market. The success of the game led to the release of two sequels, under the name Dunjonquest and the three were re-released in 1985 as Temple of Apshai Trilogy.

The first big change came in 1983 when Freeman left the company following Connelley refusal to update the old BASIC engine. The same year, after the successful games Dragonriders of Pern and Jumpman, even Connelley resigned after the management decided that the future of the company had to be in action games. In 1984 Epyx was credited as the 16th biggest microcomputers software company, after the annus mirabilis 1983.

But that wasn’t the last successful year for the company. In 1984 Epyx released other two huge hits, Impossible Mission and Summer Games which spawned a great number of sequels, some of which became their own series, like California Games. 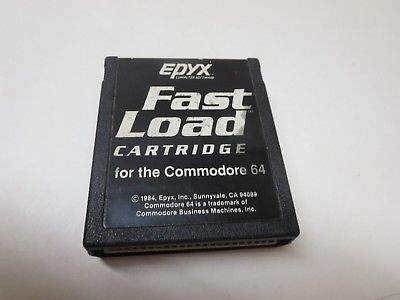 Epyx made itself a name also in the hardware market, especially for the commodorians since it released the famous Fast Load Cartridge. However hardware was not the priority of the company: a project of a color handheld system, due to the high development costs was canned and the rights were sold to Atari which released it in 1989 as the Lynx.

As it happens to all the big companies that start to make money, even Epyx was involved in litigations. In 1987 Data East sued them for copyright infringement, since the referee of Epyx game World Karate Championship was too similar to that of Data East arcade game Karate Champ. At first the judge ruled in favour of Data East but in the end the Court of Appeal reversed the decision stating also that a teenage boy could tell the difference between the two games.

During those years Epyx relied too much on the sales of its games for the C64, but in 1988 the competition with the NES became difficult to resist and the sales of the ageing home computer dropped; as a result the new games released didn’t hit the market and were less successful than the previous California Games titles. The refuse to start to develop for Nintendo killed Epyx sales; plus the difficulty to finish to develop hardware and software for the upcoming Atari Lynx led Atari to freeze the payments. Epyx was in big troubles and filed for Chapter 11. Between 1988 and 1989 they shrunk to only 20 employees and when they recovered from bankruptcy they only developed games fo the Lynx. In 1993, further shrunk to 8 employees, Epyx sold the rest of the company to Bridgestone Media Group.

Eventually the rights were bought by System 3 which planned to re-released some of the Epyx titles for the next gen consoles; the plan was to revive the California games franchise but as of today the only Epyx game released has been Impossible Mission for Nintendo DS, PlayStation 2, PlayStation 3, PSP and Wii in 2007.