The monthly column Picks of the month has a bit overshadowed this one dedicated to my purchases. For sure it’s easyu for me to show you all at once month by month but sometimes I still need some time to double check what I’ve bought and to analyze a bit more in depth the games.

This time I’d like to focus on games I’ve bought some time ago for various platforms so let’s start, of course, with the NES.

I’ve bought from different sellers four different NES games that I still consider like a sort of filler in my collection: cheap titles that everyone can have for a small sum and that almost everyone has in his collection. 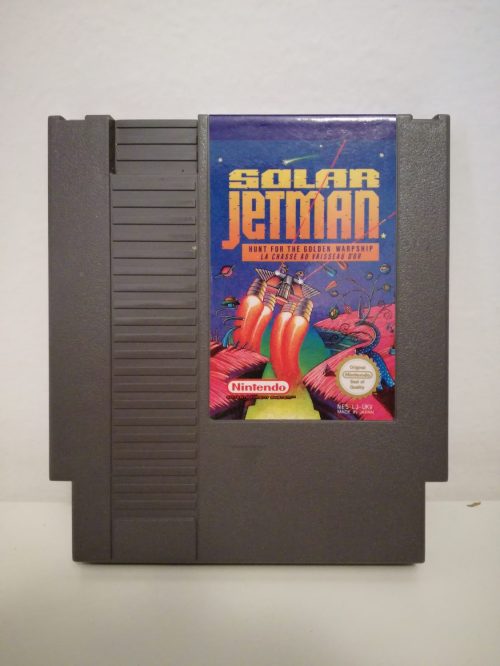 The first is Solar Jetman which is (sort of) the final iteration of the famous ZX Spectrum game Jetpac, created by Ultimate Play the Game. The original game sees as a protagonist an astronaut in his task of collecting fuel for his rocket in order to flee from an hostile planet populated by aliens of every sort. Even Solar Jetman has more or less the same plot, of course with more polished and colourful graphics and without attribute clash, pleasure and pain of ZX Spectrum hardcore gamers. 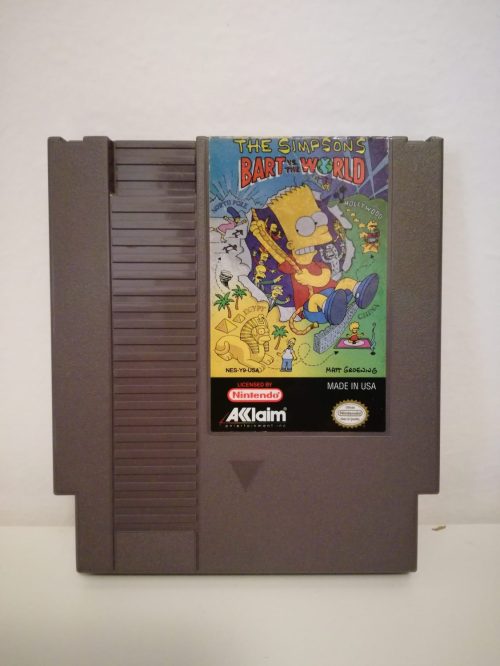 The second game is The Simpsons – Bart vs. the World. This is a game I’ve never played, even though I enjoyed the pain of an hyper-bugged version of Bart vs. Space Mutants for MS-DOS (a game that recently I’ve bought also for the NES) and I really want to check if it has the same horrible controls or if it’s an improvement on the original formula. This game came together with Snake Rattle ‘n Roll, a title that looks absolutely forgettable. I’ve never played nor eatched anything about it so I will have to have a look.

Other two NES games were Rad Racer and Double Dragon III. I still can’t put my hands on a cheap copy of Double Dragon but I keep finding all the later installments. Now I have DD II and III so if one of you could be so kind to send me the first one I can complete the NES trilogy 🙂 Nah, I’m joking 🙂 Regarding Rad Racer unfortunately I have only the loose cartridge without the 3D glasses that were sold together with the game but I think in the future I will surely find them since I’ve seen that they aren’t so expensive. The total for all the NES games was around 35€ so I’m not complaining 🙂

After NES we come to the SNES games. 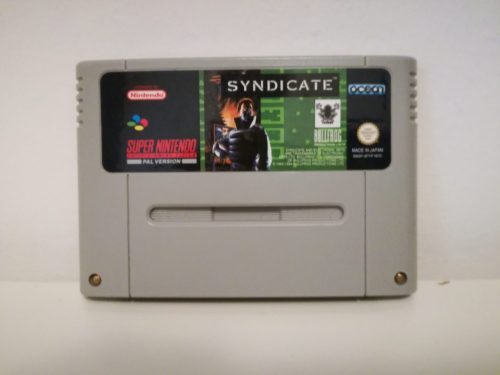 The first one is Syndicate, a game that is not so popular, especially on the SNES but it’s a game I loved back then when I’ve played it on my PC. It’s a good RTS set in a dystopic future and it’s surely worth playin it even if you’re not fan of the genre. In my opinion is a very solid game and it ensures hours of play, as I stated in my personal review of it which is dedicated to the PC version.

Another great game I’ve found for the SNES is Street Fighter 2, although this is the american version of the game. Unfortunately it looks like the PAL version is more expensive but since I’m a lucky possessor of the SNES converter for american games this is not a problem. I’m convincing myself day after day that modding my NES and buying the SNES converter were the best thing I could do with my consoles. Region lock problems? Bye Bye! 🙂 I usually don’t like fighting games and brawlers but SF II it’s a completely different thing and in fact it’s pointed out as one of the best games ever and, of course, the best of its genre. If you want to read my thoughts about it, ckeck here. 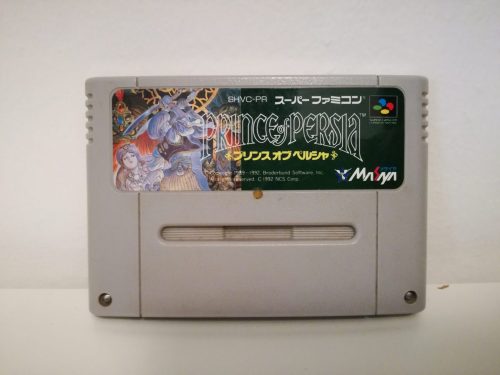 Taking advantage of the SNES converter I’ve bought for a bargain a copy of Prince of Persia, a game I’ve played endlessly when I was young on PC, which is J-NTSC. The game is fully in english so there’s no language issues. Even though I still love the PC version the most, probably just because I’m more fond of it since it was one of the games I had on my very first computer, the SNES version have its own charme, especially in the graphics that make good use of the capabilities of the 16-bit of the console. If you want to have a look of the PC review of the game you can find it here. The total is 18€ for three games; I could have spent less probably but even more so I’m fine with it.

The last game which is a bit out of the choir is Commando…for the BBC Micro model B. This is a computer I don’t have and this purchase was completely my mistake, since I thought it was the ZX Spectrum version of the game. However it was shipped together with Solar Jetman and the cost was only 1€ so not a big loss.

Stay tuned because there are still some juicy lots to analyze in depth in the next weeks and of course if you have some thoughts feel free to comment!