A few weeks ago, while I was in Mantova with my girlfriend I decided to check a few hock shops in town to see if there was something interesting. Unfortunately these kind of shops in Italy don’t offer great deals because all the people give their things away for the second hand markets when they’re completely useless or heavily wreked so it’s hard to find something interesting. 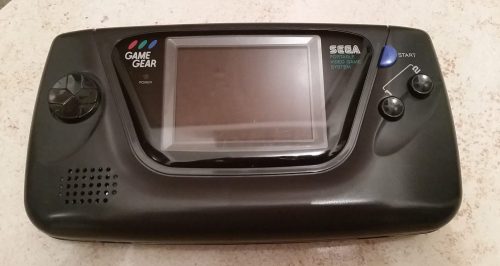 There were three Master System games but nothing so special, and even if the prices were good I decided to pass over. I was about to leave the shop when a tremendous storm started to rage so we had to stay “prisoners” in the shop. While I was waiting I checked again if I mised something and after a few minutes I noticed in the dark was hidden a gem I missed before (black against a black background). It looked like an handheld console and when I picked it up with my suprise I realized it was a Game Gear in great conditions and (most important) with both battery cover in perfect shape. I’ve never really been a big fan of the handheld systems but since I wanted to give Sega a try so I checked the price tag: 70€. Really too expensive for something I wasn’t willing to buy. However my girlfriend reminded me that if an item stay on shelves for more than 60 days the price is cut to 50%.

The Game gear was there since February so the final price was 35€: not bad for a console that I’ve seen sold for 60-70€ in Italy. It came with its instructions, an universal power cable and the hyper-common Columns with instructions. I immediately tried it but, even thought the images were perfect the game lacked sound. I’ve seen online that is quite easy to fix this problem and there is only to buy a set of new capacitors that can be find for like 5€.

However 35€ for a not working console wasn’t fair so I kindly informed the owner of the shop about this problem and she decided tu cut again the price and she refund me 15€ so in the very end I have an almost working Game Gear for 20€. Definitely not bad at all!!! 🙂 🙂 🙂 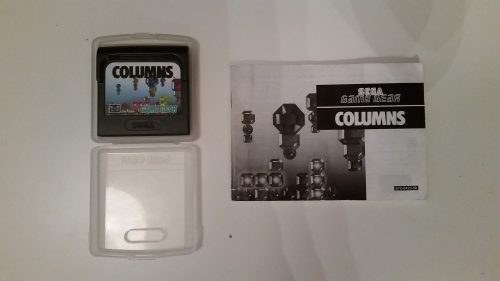 The same day I closed the deal I ordered on eBay a new set of capacitors so I’ll let you know somenthing soon about this second restoration. I’ve also bought a soldering iron which is very very neat, despite being a super cheap chinese one 🙂 I like my new role of newbie restorer 🙂