Some times ago I had the opportunity to fatten my game collection with some successful auction on eBay from one of my trusted seller. Differently from the last times I haven’t focused on Atari (even because there weren’t games on auction 🙂 ) but, since I’ve just bought a Mega Drive and a SNES, I aimed for Sega and Nintendo cartridges.

I managed to buy 5 games for roughly 60€, four in UK and one in France. As always I chose the games not only depending on their prestige, but also following my heart, titles I loved back then but that I played just a few times and I haven’t had the chance to own ad some ports of game I played on other platforms (especially PC). Finally a couple of days ago all the packagesI was waiting for has arrived and I finally unboxed everything.

The first game I got is Pushover, a game I’ve already reviewed for the small sum of 10€. For sure is not a game that most of you will remember, even because is not one of those that usually pops up in the discussions online or is listed among the high ranked titles. But this cute shameless specimen of product placement (namely Quavers) is one of the games I’m most attached to so I thought it could be a good idea to get also the SNES version. 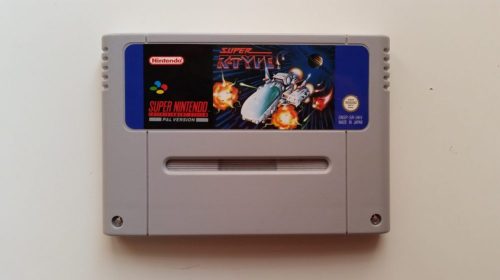 Another SNES game I won is Super R-Type, one of those that most of you will love. I read a lot of good things about it and I loved its style which is a mix of arcade visuals and some japanese influences; when I saw I could purchase it for a few euros I immediately seized the opportunity and I made it mine for 20€. For sure is possible to find it at an even cheaper price but considering that I bought 4 games from the same seller with no shipping charges I think was worth the hassle.

The other three games I bought are for my old brand new Mega Drive. Since it’s one of the last consoles I purchased and I needed some games to play to get in touch with it, I decided to try and get the first two Mega Games compilations. I feel a bit like the bottom of the class for having done this since I read that almost all of you are collecting precious, famous and appreciated games but, hey, everybody need a starting point!

The first compilation, Mega Games I, includes Columns, the SEGA version of Tetris bred with Puzzle Bobble milk, Super Hang-On, sequel of the world famous Hang-on (that is pre-installed on the Master System I bought), also cited on Retro Gamer issue #166  and World Cup Italia ’90 (well, you should easily understand what we’re talking about!). Since this is a rather common cartridge I got it for only 6€.

Mega Games II instead features three more regarded games and even for this reason the price was a bit higher, almost 15€, but considering that the price of the three separate cartridges would have been surely higher I think this was anyway a good deal. The games are Golden Axe, one of my favourite entry-level games on Mega Drive, Streets of Rage (have a look at Retro Gamer issue #159) and The Revenge of Shinobi, the game designed to make me change my mind about the Ninja style games which are not among my favourites (even because I don’t know them so well). 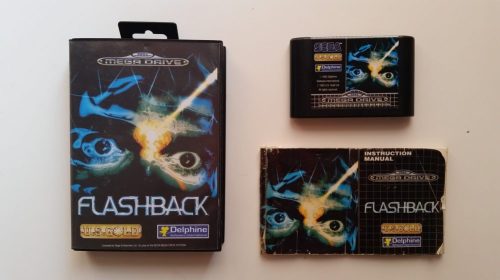 Last but not the least is Flashback, sort of “sequel” of Another World (known in the US as Out of This World), one of the most peculiar and great games of early 90s. It’s been a while since I want to put my hands on this game and I thought I would have picked up first the MS-DOS version but I got the Mega Drive one instead and I can’t wait to try it!

I hope I coud get something else good and cheap soon and, as always, if you got some tips for a newcomer in the world od retro games I’m open to your suggestions!