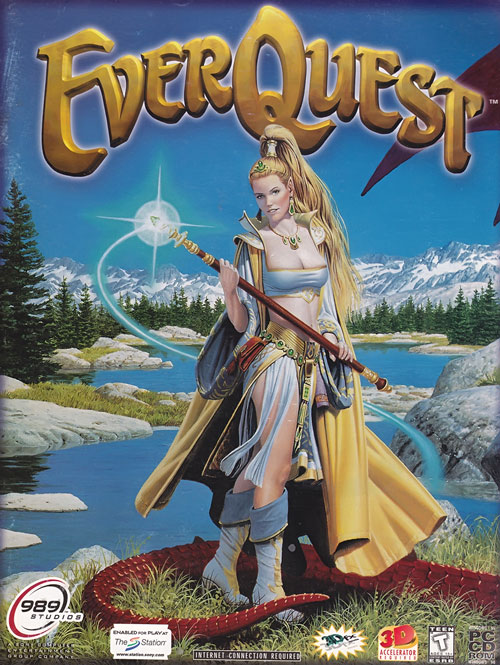 EverQuest was released deep in the years when RPSg ruled and when MMORPG were beginning to become the stardard for a role playing game. Unfortunately I’ve never had the time and possibility to play it seriously but I remember a lot of frinds that sported proudly their copy of the game and, despite I’m not a lover of the combo blond/blue eyed girls, those were my teens and the lady on the cover was all but ugly and had a certain charm…something not to go unnoticed…

Have you ever played EverQuest?