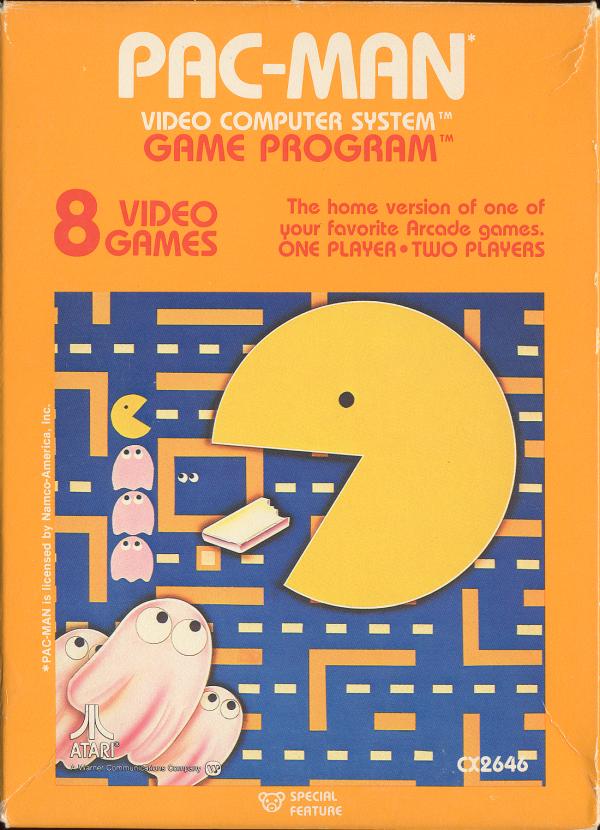 Below you find other two images related to the game: the back of the box and the label of the cartridge itself.

We read from the back of the box 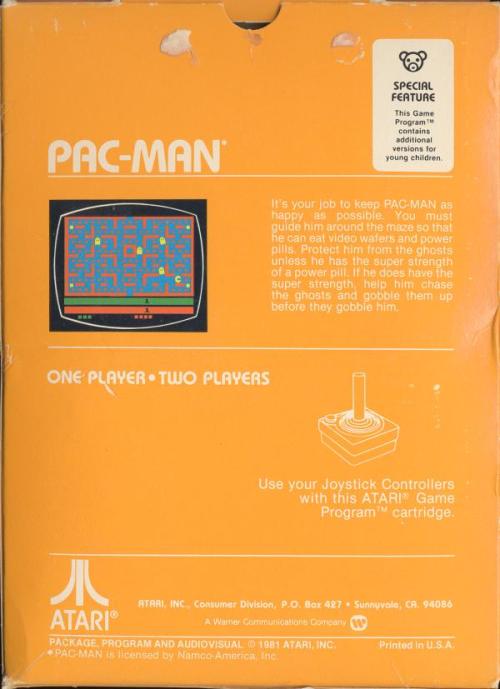 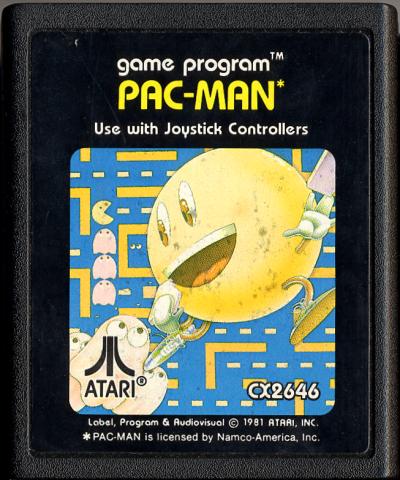 Here are two commercials for the game, back in 1982. Probably no one on the actors ever played it, since it was a complete disaster…

The game is also cited in The Red Hot New Cartridges of 1982 in Atari Game Program Cartridge Release Schedule, retailed at the price of 37.95$ (phew, a lot of money for a game that was massively returned to thr seller).

The March release date seems to be confirmed by Issue #5 of A.N.A.L.O.G. Computer Magazine…

In August 1982 all the doubts about the game finally went to surface when  in August ’82 Video Games stated: 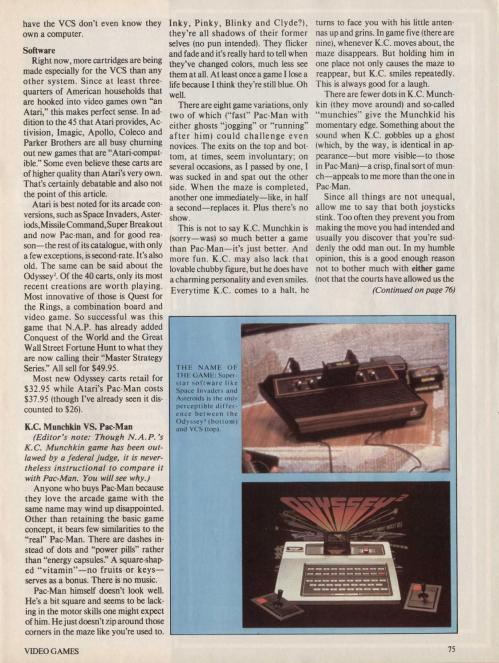 Pac-Man is probably the game with the biggest legacy in video games history, a game that defined a whole generation of video games together with other titles such as Pong or Space Invaders.

But Pac-Man legacy doesn’t stops here. The game spawned a swarm of sequels and clones that in turn gave birth to other sequels, like Mrs. Pacman (1981), Pac-Man Plus, Super Pac-Man, Baby Pac-Man (1982), Jr. Pac-Man (1983) and Pac Mania (1987). And I’m only talking about an insignificant percentage of all games released.

However this version is famous for being one of the worst ever made and one of the responsible of 1983 video games crash. The limitations of Atari 2600 were visible. The sprites were almost horrible and so was our yellow protagonist. The CPU struggle to run the game and if you play the game you can see on the left some black lines: nothing more than the CPU which is busy to run the code and doesn’t have time or space to execute the graphics.

Have you played Pac-Man today?