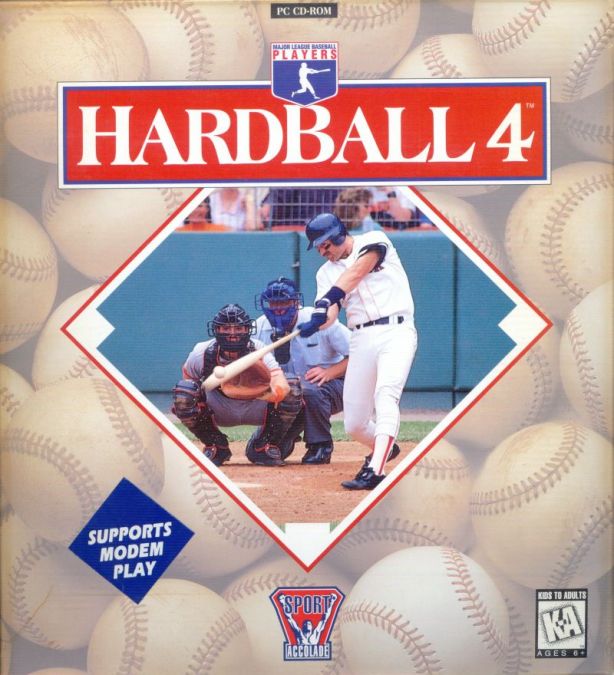 In Italy, a nation dominated by soccer, other sports have huge difficulties to get some space and so it’s the same for all the sports that are traditionally americans, like football and baseball. However in that extraordinary compilation of games I received one day by a friend for I still thank him nowadays there was this HardBall IV.

I didn’t know what kind of game HB4 was but I tried it anyway. When I started playing it I realized I didn’t know anything about baseball…but I started anyway to hit balls and pressing keys randomly. This game ignite the passion for this sport so I started to follow some games, read about the rules so I became a bit more skilled to enjoy the game a bit more. So I choose St. Louis Cardinals (that I still support) and started playing seriously. And then I fell in love with this game… 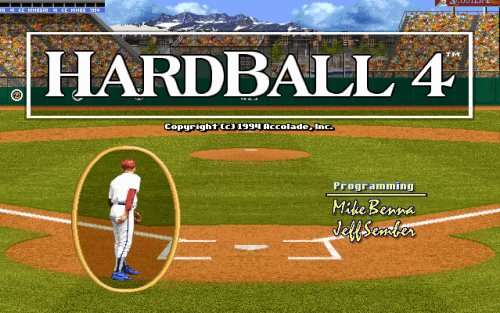 At this point you should know me, at least just what it takes to understand that this kind of graphics is my favourite of all time, clean and detailed and I loved the precision of all the venues. Very good. 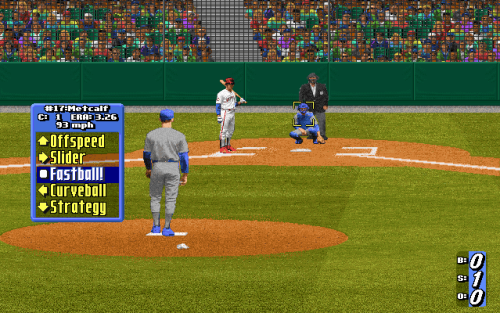 This is the hard point. Being a baseball fan but not an expert (let’s say I only watch some match sometimes…) I don’t really know if the control method it’s very good or very poor. All I know is that it took a bit af time for me to manage the controls and I recognize sometimes they’re a bit confusing (how can I tell to the 1st base to go in 2nd and to the 3rd going home with only one key? or how can AI know the key I’m pressing it’s a command to a specific player?) but in the end you can easily play a good match if the difficulty is set to easy.

Among the pros I have to tell that the roster of all the teams it’s huge, there are all the american and national teams and the players stats. 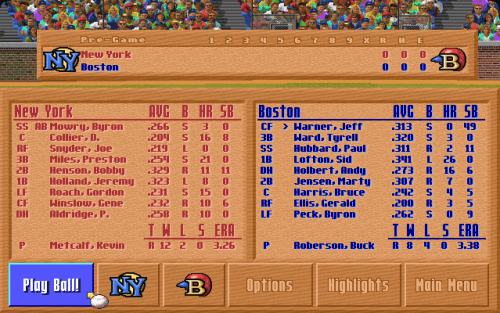 There’s also a logo and shirt editor that sometimes I used when I was tired of playing.

Only hearing the menu music made me happy. Add the in game jingles and a bit of commentary and you got all you need. My heart says it’s great, but honestly I have to tell that some effects are a bit repetitive and the commentary it’s a bit poor. Not bad anyway.

With all the teams you can choose, the matches you can play and the thigs you can edit, be sure you’ll have plenty of time to play HardBall IV. You could play it for a years without getting bored.