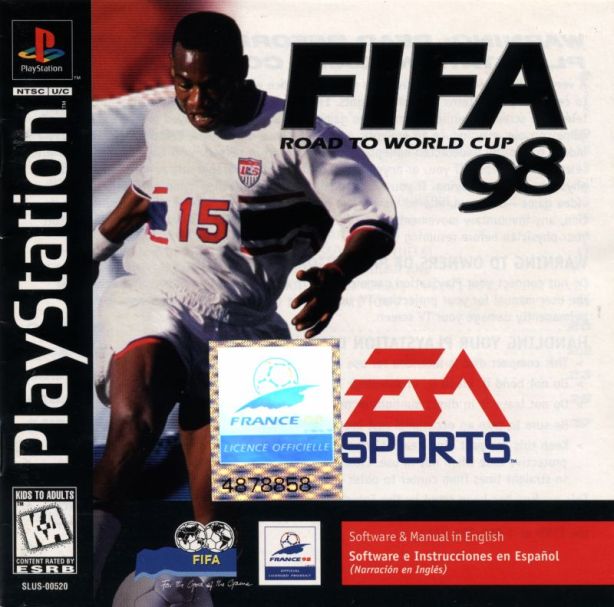 The European Championship is allmost over, Italy is out and I don’t have anything more to do since I hate both of the teams that will play the final. At this point this post suits to a T even if the road to 2018 World Cup will start in a few months and scratching on my pile of old CDs and DVD’s I found a game that in my opinion is one of the best, related to its time, concerning the most beautiful game in the world, FIFA ’98 Road to World Cup. Even in 1998 the competition was in France, like this year and we all knows how it ended up……

Despite my furious hate about 1998 World Cup edition, one of the hundred times Italy got beaten on penalty kicks, moreover against our long-time enemies, the frenchs, this game was published before the WC, so all my hopes on a possible italian victory were still quite solid (we had one of the best defense and maybe the most prolific attack of last 30 years). There’s one thing I always loved about RTWC: the presence of ALL the national teams existing in the world that competed to qualify to the tournament.

For one like me, lover since forever of geography, microstates, strange cities, languages and places and one of the most passionate supporters of the pre-pre-pre-qualifying rounds of all the competitions, where you see teams that you wonder if they actually had 11 players to send to the field, this game was like an endless bag of toys for a child the Christmas morning.

I played FIFA 98: RTWC only on PS1 and I have to admit this was the best platform to play the game onto.

Solve this equation: x = >130 National teams + World Cup atmosphere + 1997 game, published just in time to boost the expectations for a great tournamenty for Italy + funny comment. These are the reason why FIFA 98: RTWC deserves a solid 9.

A huge boost in the splash screen comes surely by the soudtrack but the movie-like intro showing the gameplay and the graphics it golden! Very nice intro, the best starter waitin for the main course! 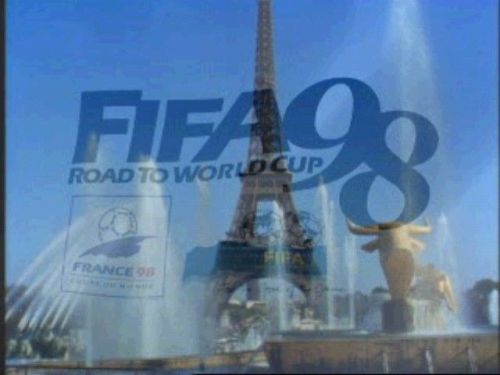 Maybe there’s something better if you check on 1997 video games, but for sure RTWC was the best football title of the year, especially in the PS1 version. 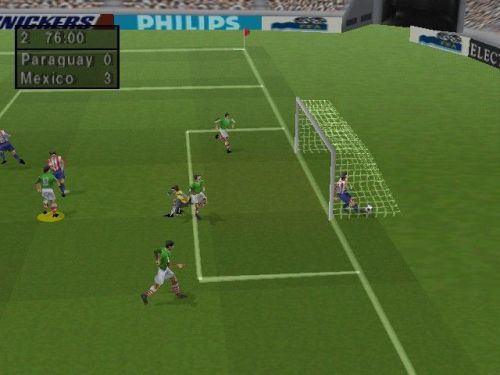 As it is in some old FIFA titles, the gameplay it’s a bit “arcade”. In any case is not bad as FIFA 99 which was for me the most stupid among all FIFA games: with just one trick you could defeat everybody and all the matches could end 25-0. 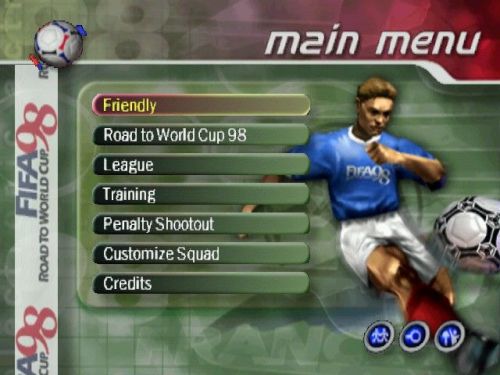 RTWC instead it’s simple but not stupid and if you play in hard difficulty it’s quite a challenge. You have to try it, definitely.

You don’t expect in a football to have a soundtrack so important, but in the same moment you see the menu you can here Blur’s “Song 2” so you stay for a minute or two watching the menu like a dork and you start playing your air guitar and spin your head (“like a record baby, right round round round” as somebody said…). The in-game sound (so basically the supporter noise and the comment) are very good. I don’t know how it should sound the comment in the other languages but in italian was quite funny!

This is a simple vote. When you have a football game the lonhgevity is always high and this time even higher since you have dozens of national teams, even the weakest in the world (I tried a lot of times to win the Championship with Cook Islands, difficulty hard, but wasn’t so easy…)

Probably one of the best soccer games ever made. We had to wait years before another game could beat it for gameplay and longevity. But this is the subject for a future article about PES saga…